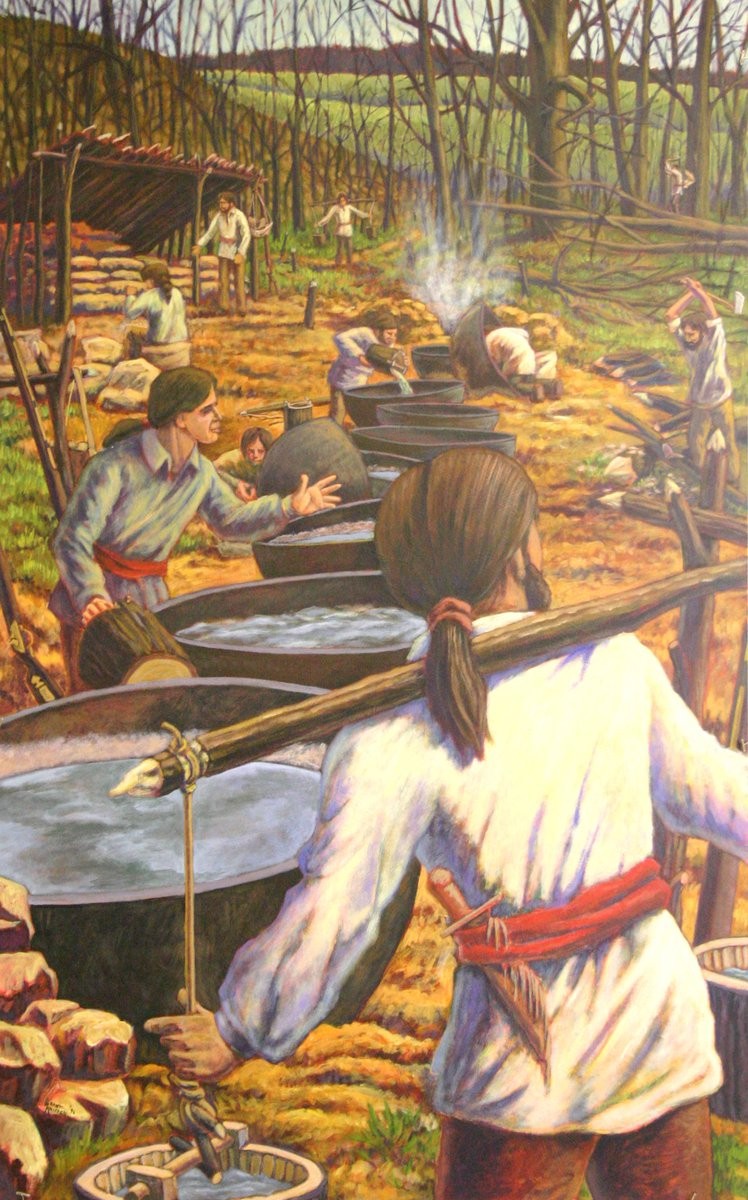 I got the idea for this painting while reading a biography on Daniel Boone. The making of salt was a source of income and a vital necessity in preserving meat and other food on the frontier. It was difficult finding source material on how salt was made on the frontier. After compiling my research, I created this interpretation of that enterprise. Water was brought from a salt lick, which is a spring of salt water rather than fresh. The water was poured into cast iron pots that were set over a long trough that was dug in the ground and heated by a fire at one end. The heat traveled through the trough and helped to quicken the evaporation of the water, leaving the salt encrusted on the interior of the kettle. The kettle was then removed from the trough and the salt was scraped out of the pot and put in bags which were then sewn up for transportation to market. Everyone had a job in the process of bringing the salt to market. Yet in their work, they had to be ever vigilant, keeping a watchful eye for danger and their rifles close by. I must say that I initially struggled with the arrangement of this composition. I got out of my dilemma when I observed a student in my art class brainstorming an abstract composition of ascending overlapping circles. The light bulb went on, and I borrowed her idea and was able to create a vertically formatted composition, anchored by the elliptical kettles. This painting was purchased by the Bolduc House Museum in St. Genevieve to use as an illustration for the making of salt on the frontier. Making salt was a primary source of income for Mr. Bolduc.