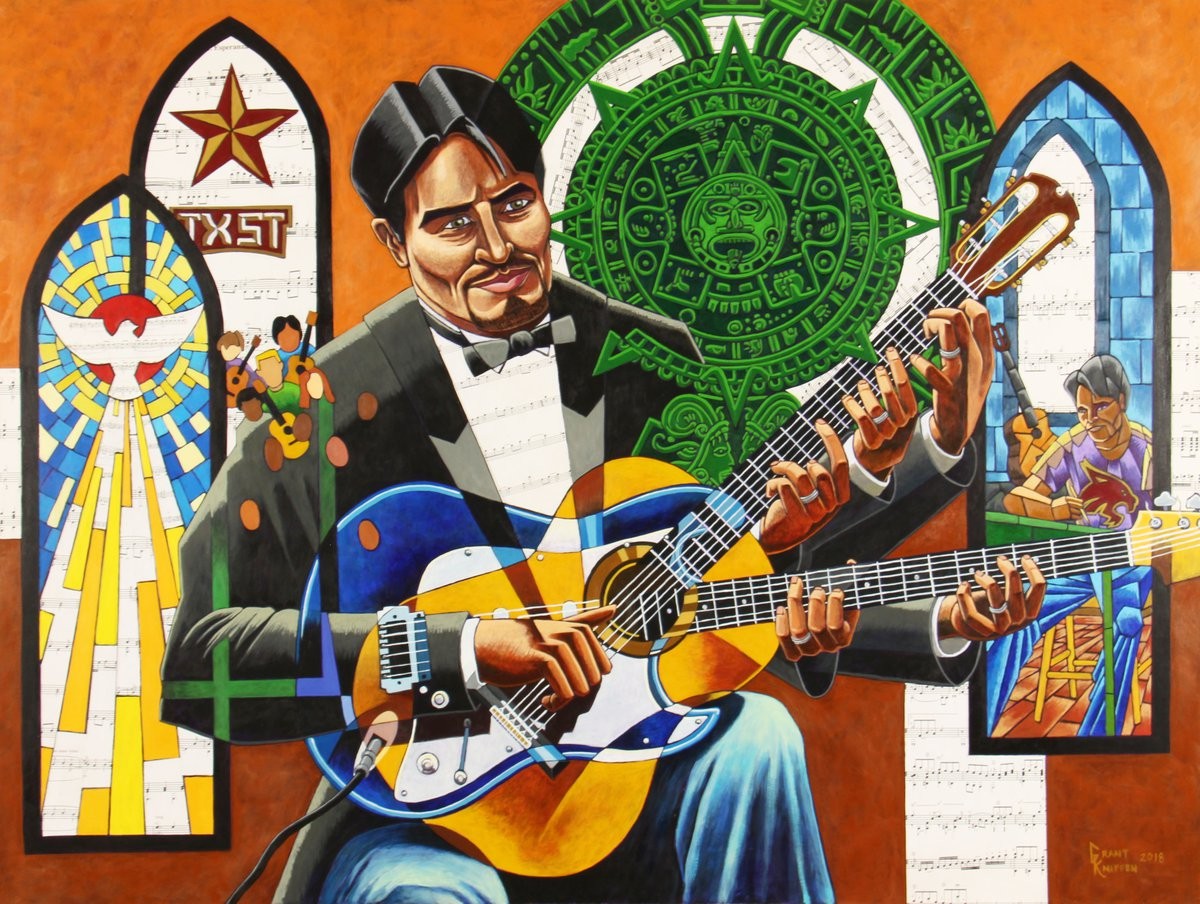 This was a commission piece for my wife’s cousin. She wanted a portrait of her husband to give him as a gift for their twentieth wedding anniversary. Her husband Mark is a very accomplished classical and jazz guitarist, as well as an original composer and arranger of music for the guitar. I wanted to capture the many facets of this talented man. He is shown performing in a tuxedo and blue jeans. This represents his formal and less formal performances. He is portrayed playing two guitars signifying his virtuoso skills and range of musical genres. Depending on which guitar you focus your attention on, it seems to come forward and be more prominent signifying Mark’s easy transition from one to the other. The lancet windows represent his Christian faith and the focus of some of his arrangements and compositions. The jade Aztec calendar represents his Hispanic heritage. The collaged music is some of Mark’s original compositions and arrangements. The first lancet on the viewer’s left contains his arrangement of Fairest Lord Jesus. The second lancet window contains the imagery of Texas State University, San Marcos where Mark has taught for two decades. It also contains figures representing all the students Mark has taught and influenced over the years. His tuxedo shirt contains an arrangement Mark produced for his future wife when they were dating. The Aztec calendar has a Hispanic arrangement. The third lancet portrays Mark as a composer in the realm of Jerome translating the Scriptures into Latin and contains another arrangement. The remaining collaged music contains arrangement of some of Mark’s many interpretations of the Christmas carols.