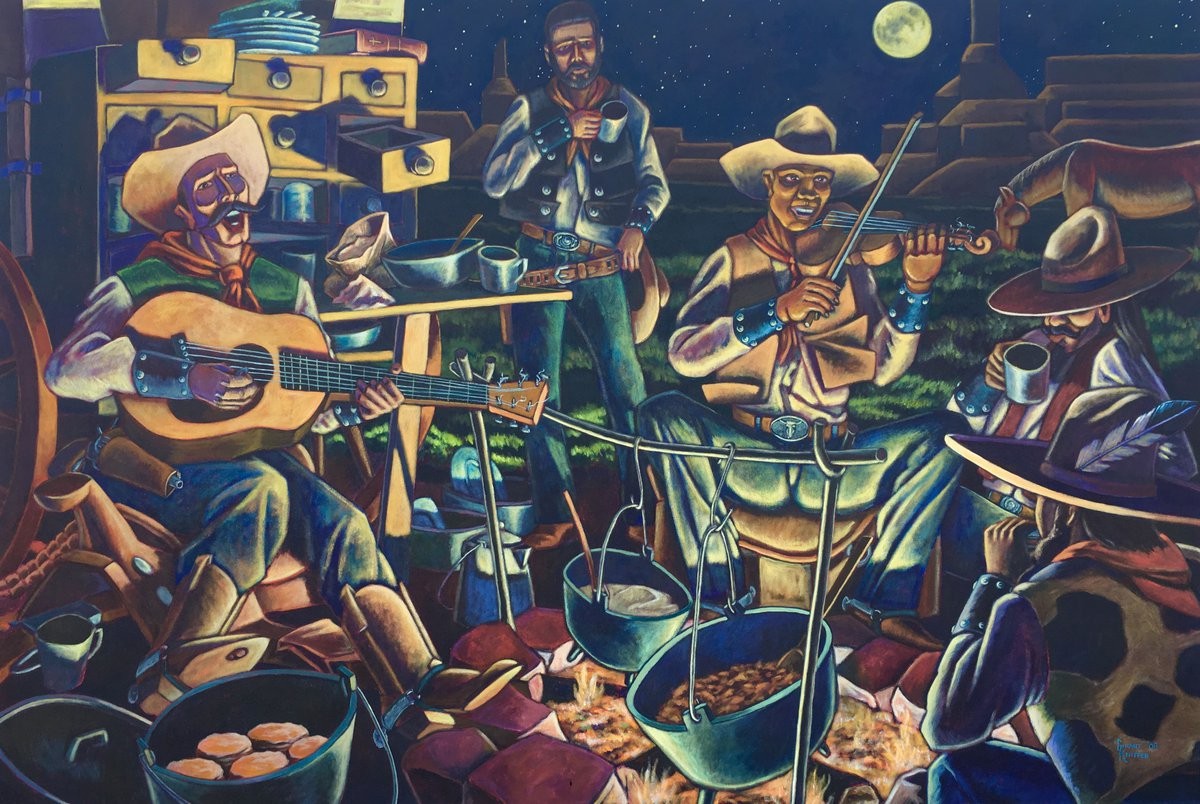 Artists often experiment with different styles and techniques as they grow technically and creatively. I started out as a regionalist landscape painter working in traditional and realistic styles. As I grew, I started exploring other art historical styles, especially early 20th century modernism, and applied them to my traditional American subjects. I found myself moving back and forth between styles, as well as mixing styles. This painting falls into that timeline. After composing more abstracted works, I decided to return to a more stylized realism. My subject is a group of cowboys, after a long hard day, who are sitting around the campfire and singing to pass the time while their supper is cooking. Though the location is the American Southwest, it is not an actual setting, but is represented by the imagery that represents the region. I also chose to purposely draw things "out of whack" to challenge the viewers’ expectations.