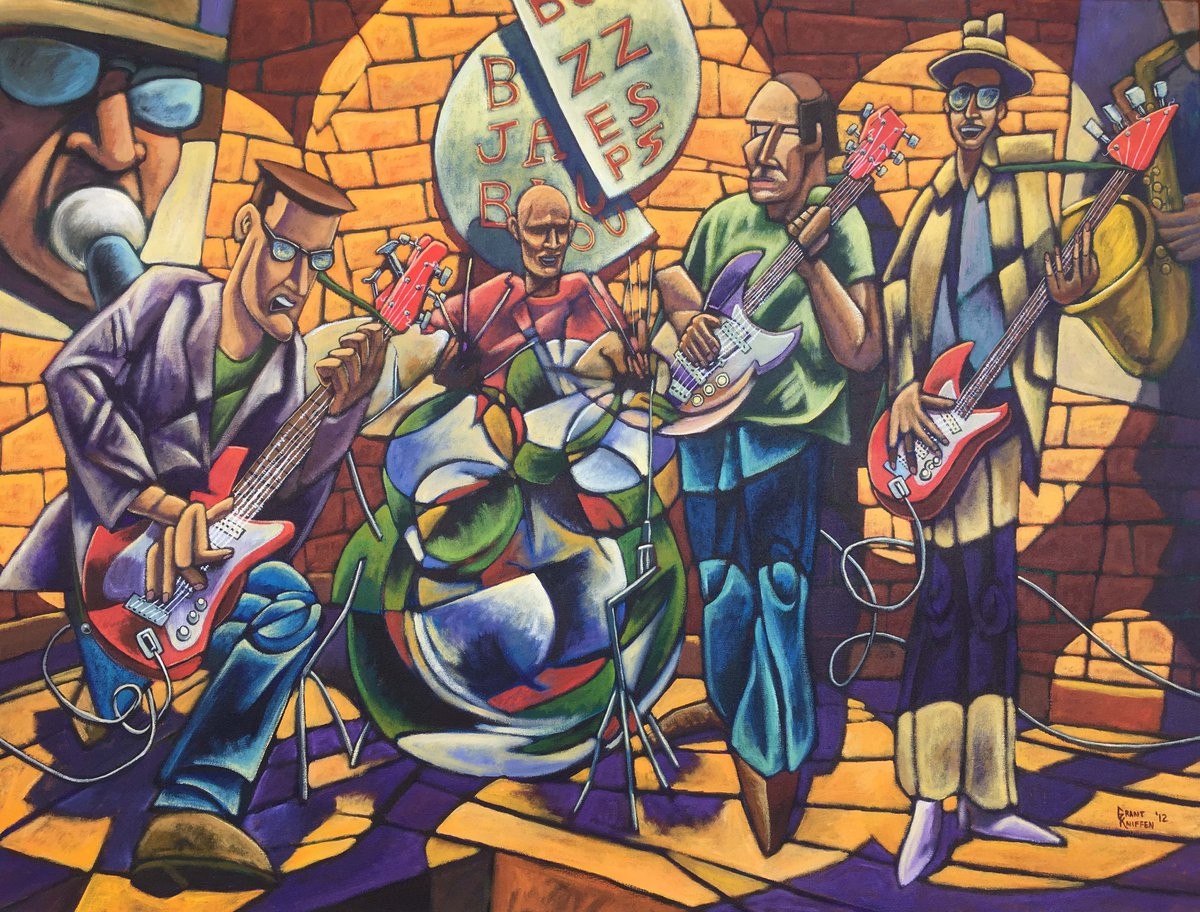 In junior college, my son had procrastinated on a fine arts appreciation paper he had to do regarding a live musical performance. The paper was due the next day. It was a Sunday. He found that there was a performance at BB's Jazz Blues and Soups in St. Louis that night. We traveled there and watched the first performance. I brought my sketchbook with me and did an ink drawing of the performer, whose name I cannot remember. Someone saw it and offered to buy it for twenty dollars. It paid for our dinner. The second group that performed was the Soulard Blues Band. They started about ten and played into the morning. I started another ink drawing of the band, trying to capture the sounds and atmosphere of the performance. The ink drawing stayed in my sketchbook for a few years until I rediscovered it and made the whole composition.